Who is Dr. De Jarnette Aka “The Major”? 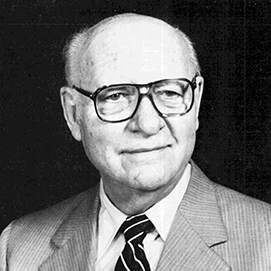 WHO IS DR. DE JARNETTE AKA “THE MAJOR”?

The Major used to tell us,

When you go to put your hands on someone’s head, you’d better have clean hands,
positive thoughts in your mind, and love in your heart.

Eugoly to Dr. De Jarnette: May 31, 1992
By David Koffman, D.C., FICS, of Hadley, Massachusetts, Former Chairman of the Board of SORSI

Those of us who have been privileged to have our paths cross with this exceptional individual have been witness to a portion of one of the most monumental lives of this century. It is always a privilege to know great genius and such has been our privilege. He was not only a great genius but one of the last pioneers in the chiropractic profession’s first century. In his early 20s he met with tragedy in his life. While working in an asbestos plant, there was an explosion which killed many people. Dr. De Jarnette sustained third-degree burns over most of his body and tells us the story of how, in his depression, he walked one night to a bridge and went up on the railing to take his own life. He relates that a hand touched him on the shoulder and a voice said, “Not now, I have a plan for you.” This young man heeded these words and went forward to obtain a degree in engineering.

Next, he studied osteopathy and received his D.O., and later his D.C. from Lincoln Chiropractic College. At one point, while working for an osteopath, it was suggested that he go to the Kirksville Osteopathic College and take further training. As he was driving there, the axle broke on his Model-A Ford in Nebraska City. This was almost 70 years ago. They told him it would take a month to get another axle for his car and so he decided that he would open up shop. But he needed space. He approached a banker from the Farmers Bank in Nebraska City, since they had space available on the second floor over the bank. Not having much money at that time, Major made a deal with the banker. The banker had been suffering with sciatica and told Major that if he could help him, he would allow him to use the space until he could pay rent. Major said he wanted a lifetime lease; the banker agreed. Major helped him and spent his life at 722 1/2 Central Avenue, Nebraska City.

In those first years when he didn’t have any money or food, Major recounted how he would go to the local movie theater and buy all the unsold popcorn for a nickel at the end of the day. This man we pay final tribute to today existed that way so he could do what the Lord had ordained him to do.

But it wasn’t all dark. At one point when he was doing research with color therapy and chromotherapy, he developed a photographic process that was the precursor of what we know today as color photography. In the late ’20s and early ’30s of the Great Depression, when people were jumping off of bridges and out of buildings because of the stock market crash, Major Bertram De Jarnette sold his patent to Kodak for what would be considered today a fortune. And being the kind of man he was, he used that money to live on and for the next 30 some years never charged a patient a cent. He used that money to hire Ph.Ds at universities and medical hospitals like the Mayo Clinic to investigate questions that he had in his mind.

This was a man of purpose; a man of dedication. Over the next 30 years he researched and developed what is yet to be recognized in the chiropractic profession as probably the greatest technical approach that we have: a tremendous gift. The research and the fruits of his research were a synthesis of his knowledge of chiropractic, osteopathy, and engineering. And when the research had reached the point where he felt it was ready for proliferation to the profession, he undertook to teach. With his beloved wife “Todde” at his side,he began to conduct seminars in various parts of the country. He was a tough teacher. He was a stern teacher. He insisted that people know the material and know the work because he loved what he was doing so much he wouldn’t let it be watered down or altered. During this period, this man used his knowledge, his talent, and his inspiration to generate over 135 volumes of information.

Major used to tell us what B.J. Palmer once said to him: “Major, if you ever come to Davenport, don’t call,”a sort of a tongue-in-cheek aside. He wasn’t an enemy, but he was a rival. Both men were in Davenport for the same reason: to help sick and suffering humanity. But they differed in their means. That’s a healthy difference. During those years of research, Dr. De Jarnette worked alongside his loyal friend and colleague, the late Dr.Richard Van Rumpt. The story goes that there was another man with whom they worked and this man would bring his little boy to their lab and he would crawl around the floor in knee pants. The little boy’s name was George Goodheart.

We are here to pay tribute to a pioneer; know that this man was one of the last of the great in our profession. All of his research, all of his teaching, his monthly newsletter that many of us looked forward to each month, was produced by the work of his hands, his mind, and his heart.