AN INTRODUCTION TO CHIROPRACTIC CRANIAL WORK

Throughout the history of health and healing, great minds and dedicated researchers have sought out the truth(s) underlying the healing process. Ancient Chinese acupuncturists, yogis throughout time, ayurvedics, Hahnemann on homeopathy, shamans of all cultures and D.D. Palmer of chiropractic all arrived at the same conclusion: there exists some mysterious force or energy that is ultimately responsible for the healing process.

In basic scientific research, any viable theory must be able to account for all observable phenomenon with relationship to the subject in question. In scientific principle, if a theory cannot account for events witnessed by all observers, it is not worthy of scientific process right from the start. If a theory does not offer a viable explanation for the miraculous events observed in chiropractic, homeopathy, acupuncture, yoga, intentional breathing, etc., it cannot be scientific.

Western medicine is void of any such underlying principle, philosophy, or theory. The closest related concept might be the germ theory. However, this does not account for those who survived the Spanish flu in the early 1900s when 20 million perished. Nor does it account for those who survived the Plague; only those who did not. With these observations in mind, the epistemologists of the healing process all came to look beyond the simplistic, externally-based concepts to a more holistic and vitality-based process. Descriptions of the healing force such as “ki” or “chi” of acupuncture, the vital force, prana and kundalini energy, orgonne and innate intelligence emerged. 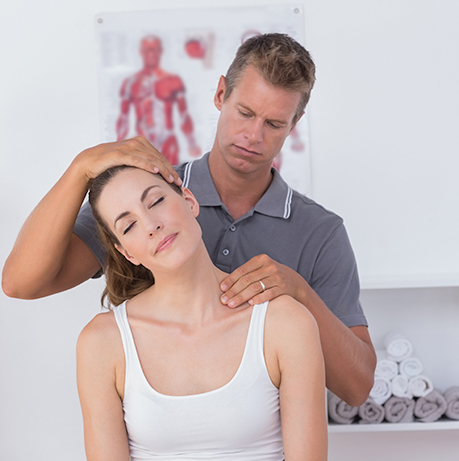 Until Dr. De Jarnette, most of the major chiropractic investigators usually made a case for a specific body area as being the major key to health. Some placed all of their emphasis upon the cranium. Others believed the atlas or the pelvis or the sacrum to be the predominant structure from which all imbalance arose. In his investigations, Dr. De Jarnette proposed a system of chiropractic called, Sacro Occipital Technic™ (SOT® Methods). In SOT® Methods, a person is looked upon as a reflex being. As Dr. A. E. Homewood describes in his benchmark textbook, The Neurodynamics of the Vertebral Subluxation, the human condition is exquisitely complex and interrelated. Subluxations in chiropractic compromise the performance of the nervous system. The neurological ramifications can extend throughout the entire system and may manifest anywhere. An alternate title for this book is “Anything Can Cause Anything.” This subtitle tells all. Dr. De Jarnette was keenly aware of this reality, and teased out many of the specific ways in which structural distortions can produce aberrant neurological function. Through his investigations, Dr. De Jarnette, or “The Major,” as he came to be known by his many followers, developed an extensive system of indicators that gave insight to the practitioner as to which of the many forms of subluxations were occurring in any given individual. Above all, he realized that the human condition is an integrated, complex, and holistic system.

Early in his research, Dr. De Jarnette realized the importance of the human cranium and made references to such as early as the 1930s. His research focused on other aspects of the human condition for several decades. Viscerosomatic reflexes, trapezius fibers, occipital fibers, and the pelvic Category system took the predominance of his time and attention. All the while, however, he understood the importance of the cranium, and he knew that it was impossible to treat the entire rest of the body and the cranium as separate entities. Eighty percent of the nervous system is in the head and can be influenced by cranial structures. However, the other 20 percent enervates every conceivable structure of the body and reflexly influences the brain and cranial function. Dr. De Jarnette beautifully mapped out these complex interrelationships and proposed some of the first-ever descriptions of the stress patterns in the cranium as associated with the overall skeletal structural imbalances. The Major set the basic understanding of the total body interrelationships that continue on even today. Researchers such as Dr. Hirotaka Miyano of Japan, who has meticulously mapped out every aspect of the cranial distortion patterns emanating from the pelvic category distortion complexes, are still carrying out the work inspired by De Jarnette. Much of the ongoing and newly-developing cranial technologies emanate from the groundbreaking text of Dr. M.B. De Jarnette in 1968. Having studied the human condition in total for almost 40 years, he produced his first textbook totally dedicated to the human cranium.

The 1968 Cranial Technique by M.B. De Jarnette, D.C., was not only pivotal in SOT® Methods Chiropractic and SOT® Craniopathy Methods but became a launch pad in cranial technique. It is an essential study for the student as well as the seasoned veteran of cranial manipulation. It is extremely useful, if not essential, in the understanding of the basis of chiropractic Craniopathy, and it outlines some fundamental constructs upon which much of SOT® Craniopathy Method is based. As a young physician and scientist, Dr. M.B. De Jarnette set out to demonstrate how all of chiropractic worked. He successfully gave us an integrated approach that can philosophically and neurologically take into account all of the varying forms and formats seen in chiropractic therapeutics embraced by numerous chiropractic techniques. In the 1968 Cranial Technique manual, he delivers an essential key ingredient to this overall theory of the basis of chiropractic. It is beautiful. It is simple. It is overwhelming. It is complex. But most importantly, it makes you think.

1968 marked the grand unveiling of M.B. De Jarnette’s first publication dedicated exclusively to cranial technique. It is just as pertinent and important today as it was over four decades ago. If more physicians dedicate themselves to the task of treating the causes of suffering humanity, this book will be even more important in all future. In the 1968 Cranial Technique you will find the most exhaustive descriptions of the primary cranial distortions and their corrections that De Jarnette has ever written. The insights and understandings afforded by this publication in the analysis and treatment of primary occipital, temporal, and frontal bone corrections are paramount to the effective cranial practitioner.

Many of the technologies outlined in the 1968 Cranial Technique have been expanded upon and developed by other practitioners over ensuing decades. The student will find the basis of sphenobasilar techniques as well as corrections utilizing dural membranes, including the falx. Also in this book is De Jarnette’s only reference to the Area 1-2-3-4 Spreads. The Area Spreads are another highly effective collection of techniques that are unique to SOT® Craniopathy Method. Utilizing these cranial strategies, the practitioner can experience the elation of witnessing profound therapeutic changes for his or her patients that may not be possible by any other means.

In the spirit of ‘The Major’, the text remains in its original form as written in 1968. The typeset has been improved and the drawings revised, allowing easier access in utilization of the information by the student as well as the experienced practitioner.

Click Here for a technical explanation of Cranial and CSF by Dr. Dan Madock